At the moment, the 300+ companies of the Danish robot cluster are facing severe challenges – just like every other industry during the world-wide coronavirus crisis. But when the world re-opens, and the inevitable recession is over, the robot industry will be in an even stronger position.

”Right after the Financial Crisis of 2008, we saw a rising demand for, in particular, flexible robot technology that would enable manufacturers to tailor their production to demand fluctuations. If we compare that to the current situation, we may expect Danish robot manufacturers to profit from the lockdown. In the years following the Financial Crisis, robot sales soared in Denmark”, says Carsten Steno, one of the authors of the new book: Denmark – a Powerhouse for Robotics and Automation.

Carsten Steno is one of the most experienced business journalists in Denmark. As a co-writer, he has teamed up with Malene Grouleff, lecturer and PR strategist with an in-depth knowledge of the Danish robot industry.

”All automated companies in Denmark will benefit from the robots developed by the Danish robot cluster companies – robots that match the needs for production flexibility and adaptability of Danish SMEs. Such robots will guarantee that the manufacturing industry will pull through the aftershocks of the coronavirus outbreak in the best possible way. A current example of this is the 20 plastic manufacturers who have announced that they are able to help meet the increased demand for PPE for the health care sector during the pandemic – not least because their production is highly automated,” Malene Grouleff points out.

Esben Hallundbæk Østergaard, co-founder of Universal Robots, one of the driving forces of the robot cluster and now an independent robot investor and adviser in REInvest Robotics, expresses his opinion of the book:

”Wow! So much information in one place! And with exquisite illustrations and a great layout. I am very impressed by the efforts that have gone into this book – both robot efforts and writing efforts :-),” Esben Hallundbæk Østergaard says.

The authors describe how creativity, demanding customers, applied science and the special networking skills of Danish manufacturers have established in less than 10 years an industry which – with its sub-contractors – has a turnover of DKK 30 billion, employs 18,000 people and encompasses more than 300 production companies. The Danish robot cluster is recognized not only in Denmark, but across the world.

This book is the most comprehensive outline of the Danish robot industry yet. Pre-sales total more than 2,200 copies. It is also available as an ebook. 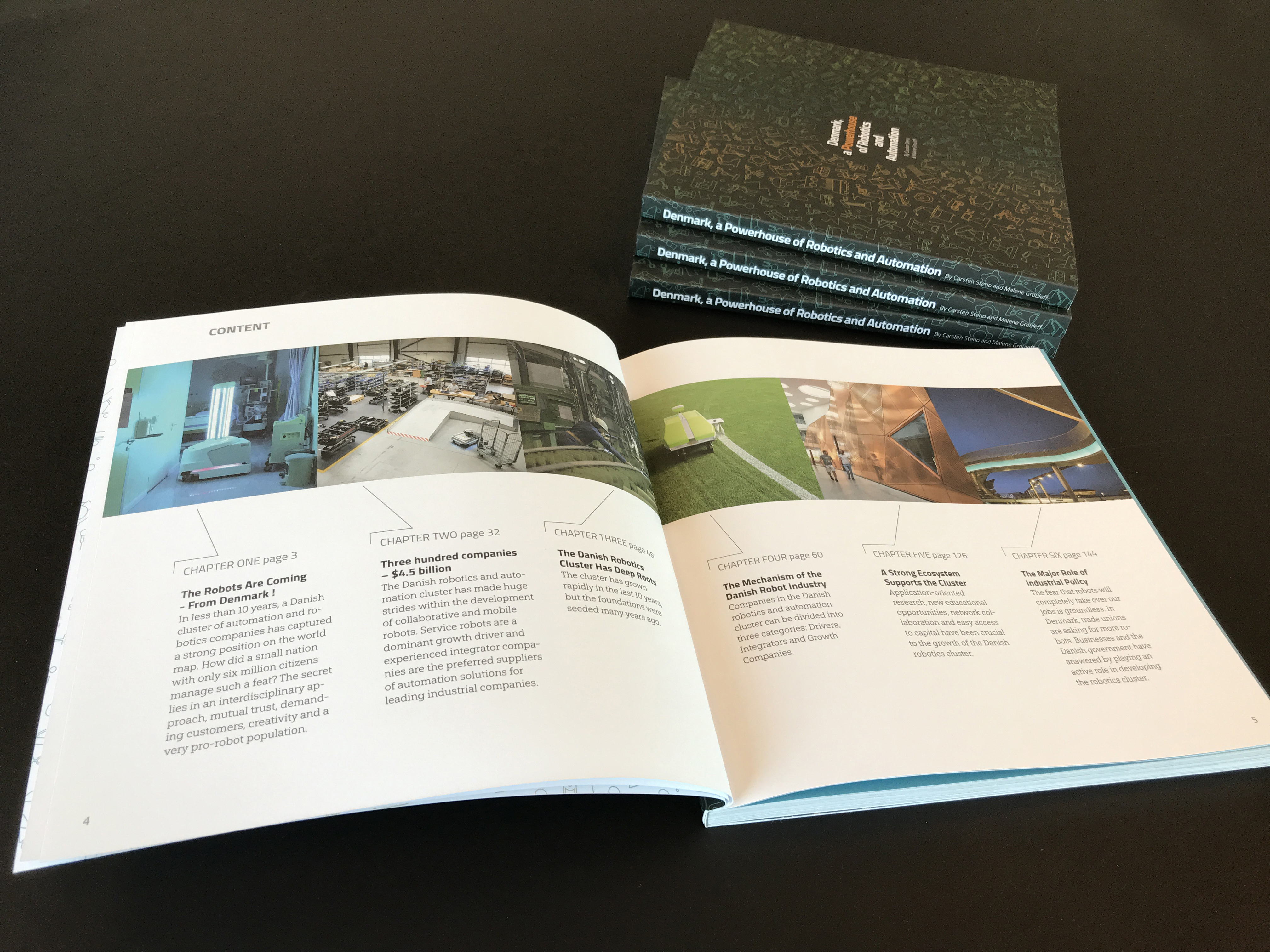