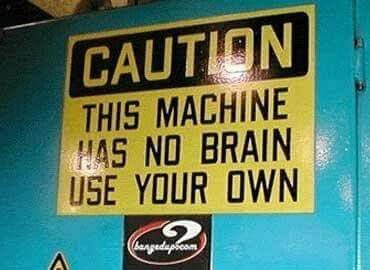 At a Belgian factory, the following sign stands next to a gigantic industrial robot: “This machine has no brain. Use your own.”

When we say that we have a mission to raise awareness of new robot inventions, we encounter a wide range of different ideas about what robots actually are and what they are capable of. Until just a few years ago, robots were mostly found in the realm of science fiction or on the assembly lines of the automobile industry.

Since then, technology and innovations have taken quantum leaps, and we are increasingly surrounded by robots, algorithms, and automated solutions in our everyday lives. Driverless vehicles and drones, automated vacuum cleaners, lawnmowers and window washers, parking robots, chatbots, and much, much more.

These developments require consideration and reflection on our part – a nuanced ethical debate about the role we want robots to play in our world, now and in the future.

We can choose to view technologies as useful tools that help perform necessary and arduous tasks while sparing our well-being – a kind of slave that takes care of chores that are unhealthy for the human body and spirit.

But we can also examine how the ever-expanding capabilities of new technologies can be utilised to address some of the biggest challenges faced by society. Take labour shortages, for example. Within the past six months, four out of ten Danish companies have been unable to fill posted vacancies. That’s the highest this figure has been in ten years.

Growing companies such as Trelleborg Sealing Solutions in Elsinore are encouraging their personnel to identify tasks that robots and cobots (collaborating robots) can take over, and now more than 50 cobot arms from the Danish company Universal Robots are working side by side with employees. One of reasons that things are going so well for this company is that the robots are now handling the monotonous duties, freeing up time for employees to perform more demanding and creative tasks at the workplace.

We must consider how we want to use robots in our society. Therefore, it was a pleasure to hear a recent talk at Aarhus Art Building by Aimee van Wynsberghe, chair of the organisation Responsible Robots. The aim of Responsible Robots is to ensure a future with responsible use of robots and artificial intelligence, both in terms of manufacture and use.

In the view of Aimee van Wynsberghe, it is up to the people behind the robots to drive technological development in an ethically proper direction. She suggests that we consider and discuss the consequences of new technologies in advance – in terms of ethics, security, privacy, etc. – rather than waiting to think about it until after the robots are up and running.

For example, how do we feel about robot vacuum cleaners that send information to Google about areas of your home with space for a certain type of furniture, so that you can be deluged with ads? Or what about sex toys that send private information about the frequency of use? Aimee van Wynsberghe points out that the robots did not just decide to report this information. Somebody designed them to do so.

At Grouleff Communications, we’re delighted when robots take over dangerous, dirty, boring and unappealing jobs – palletising or metal polishing, for example. We’re delighted when Inkeri Karjalainen is photographed standing next to the robot Inkeri II, who helps her dip designer mugs in glaze at a factory in northern Finland, now that her arms are worn down after performing this task for many years. And we’re delighted when flexible mobile robots from Mobile Industrial Robots can be seen rolling through the corridors of Denmark’s nursing homes and hospitals so that staff do not have to spend time transporting goods, waste and medicine – giving them more time to attend to patients and residents. Or when highly sensitive “robot hands” from the Danish company OnRobot pack organic herbs at nurseries on the Danish island of Funen, sparing employees from the back strain of bending and lifting, and when a new robot from Flow Robotics takes over “hand-pipetting”, a task that has worn down the hands and wrists of many lab technicians over the years.

We’re also delighted when small green robots from Intelligent Marking mark football pitches in 20 Danish municipalities, giving local football club volunteers more time to spend with the children. Or when exoskeletons give sick and disabled people new capabilities and opportunities. And when the robot Robert helps with the rehabilitation of bed-bound patients, preventing the complications that can arise from being confined to a lying position for extended periods.

We think that it is ideal to use robots and automation:

How do you think we should use robots? What is the next thing robot inventors should build? And what should we never, ever automate? We’d love to hear your thoughts! 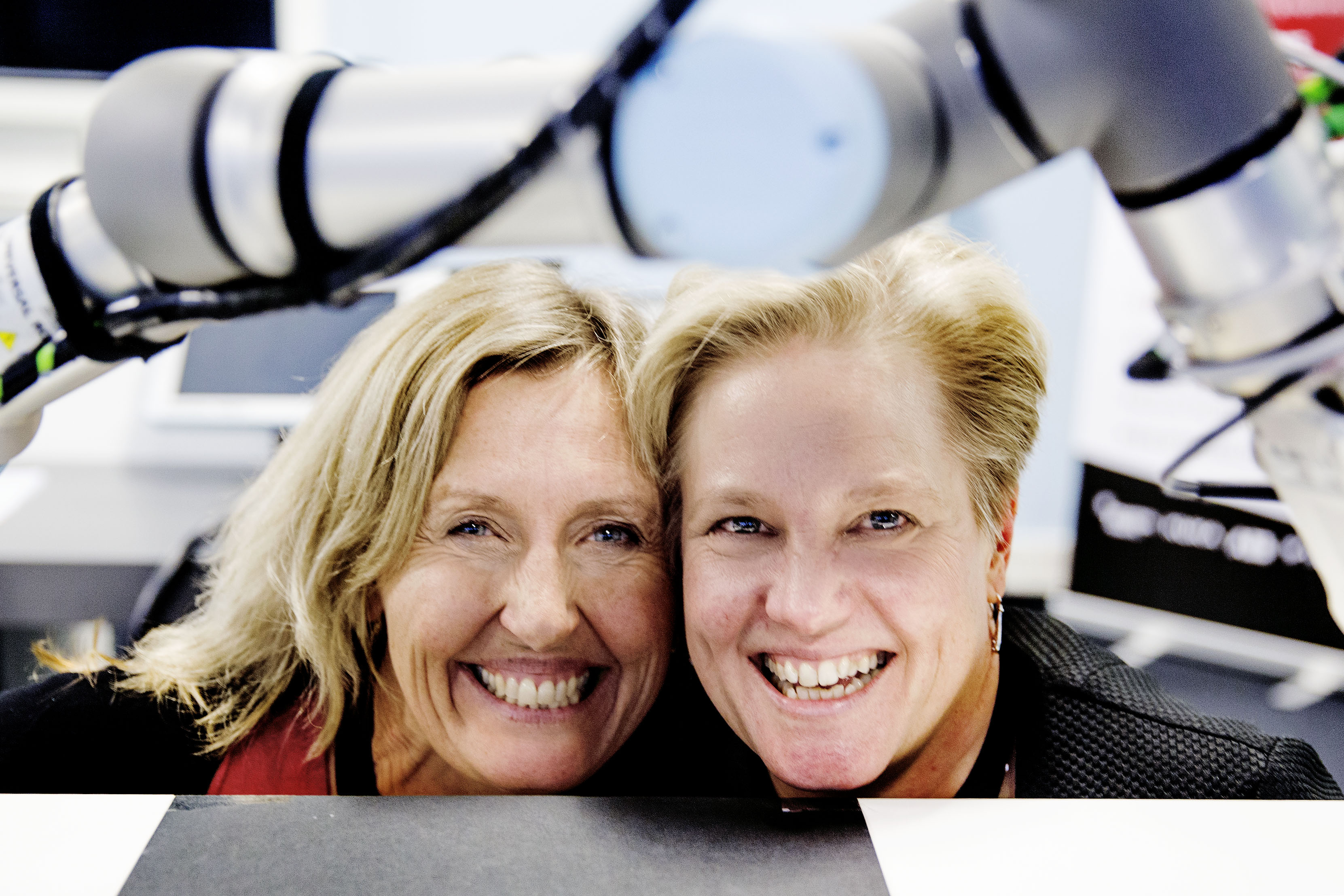