Grouleff Communications helps robot and automation companies to get the message through and getting the well earned positive attention in the media. With a well-designed and well-executed press strategy, a new player on the market can be transmuted from being all but unknown to a recognized brand. Grouleff Communications's knowledge, experience and network within the robot and automation industry is second to none. Explore our Robot Stories here.

- To give robot and automation companies their well-earned  positive attention in the media.

- To translate tech-gibberish to useful inspiration for the target group.

- To eliminate esoteric issues in the communication

- To bring the messages about new inventions and inventive technologies out where they can make a difference. 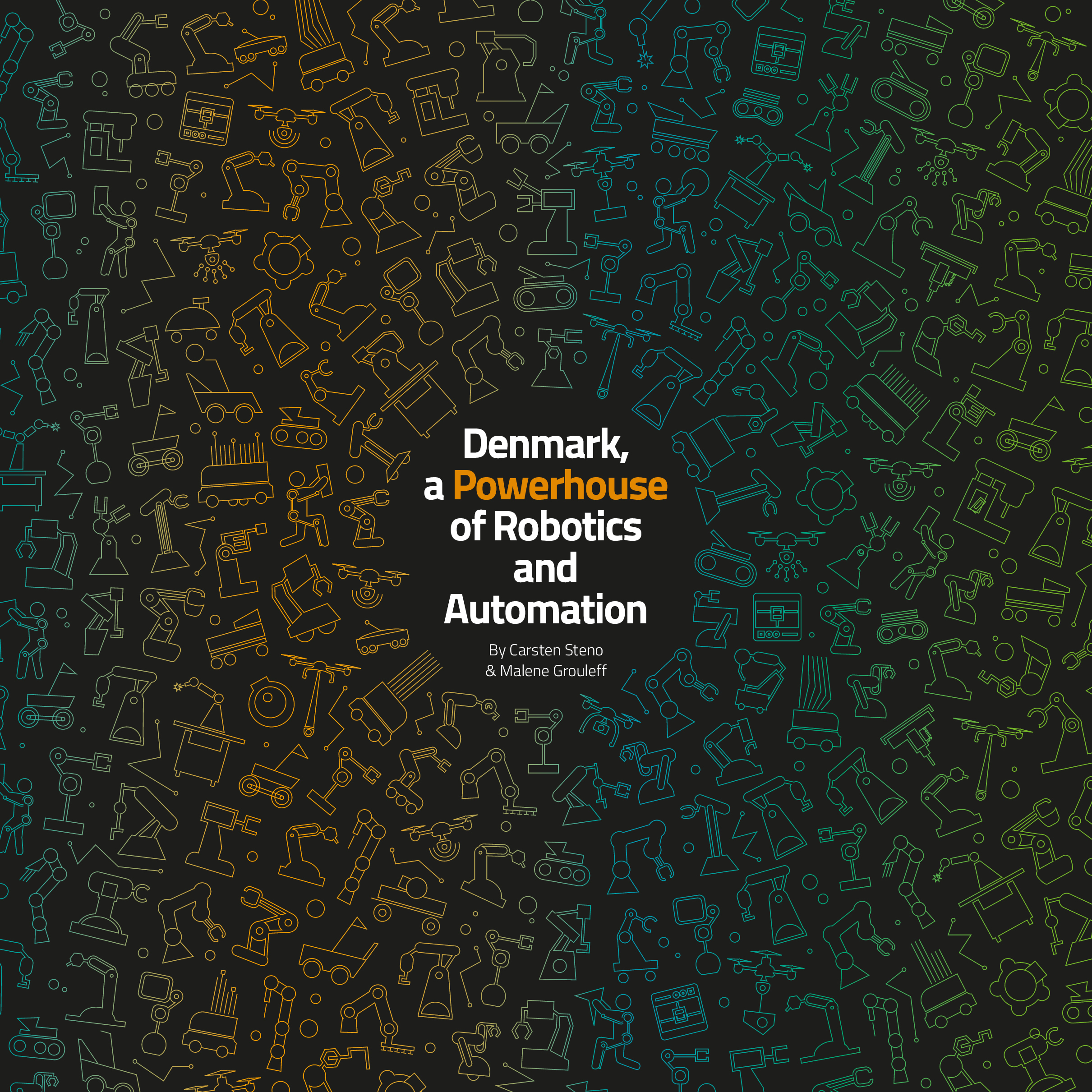 The book, Denmark, A Powerhouse of Robotics & Automation", written by Carsten Steno and Malene Grouleff, is the most comprehensive outline of the Danish robot industry yet.

The authors describe how creativity, demanding customers, applied science and the special networking skills of Danish manufacturers have established in less than 10 years an industry which – with its sub-contractors – has a turnover of DKK 30 billion, employs 18,000 people and encompasses more than 300 production companies. The Danish robot cluster is recognized not only in Denmark, but across the world.

Get your copy of the book here. It is also available as an ebook as well as a Danish edition of the book.

Esben Hallundbæk Østergaard, co-founder of Universal Robots, one of the driving forces of the robot cluster and now an independent robot investor and adviser in REInvest Robotics, expresses his opinion of the book: ”Wow! So much information in one place! And with exquisite illustrations and a great layout. I am very impressed by the efforts that have gone into this book – both robot efforts and writing efforts :-),” Esben Hallundbæk Østergaard says.